The Indianapolis Colts and the Tennessee Titans meet in week 17 NFL action from the Nissan Stadium on Sunday, December 30, 2018.
The Indianapolis Colts are on the road as they travel to face the Tennessee Titans Sunday night. Indianapolis rallied for a 28-27 win at home over the Giants last Sunday in their previous contest. Tennessee picked up a 25-16 win at home over Washington last Saturday in their previous contest.
3 days before the match, my friend Ivan asked me a question:

"I'm a big fan of the Colts, and I wonder will they beat Titans?"

After looking at the chart I told him:
As you are Colts fan, they are represented by ASC ruler  Jupiter, in own sign, and Jupiter is also the ruler of the 10th house, house of  success, so, I would say that it is at the very beginning YES answer. Mercury, the ruler of the Titans is in the sign of Jupiter, that means Titans are under the control of the Colts. Dignities are a bit more on the Jupiter's side, this  is the testimony which favours the ASC team/Colts. Then, Point Victory is at 15Leo04 and Jupiter  will aspect it, one more testimony in Colts favour! Also, the Moon, signifying the flow of events, has a first aspect with Jupiter, showing the Colts getting the win. So, YES, the Colts will beat the Titans! 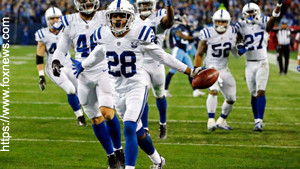 The Indianapolis Colts have Andrew Luck healthy and throwing the ball all over the field. Luck threw for 285 yards and three touchdowns and the Colts beat the Titans 33-17 on Sunday night for the final spot in the postseason as the AFC's No. 6 seed."
Collapse