On 14. Apr. 2021. in the Horary section of the Astrologers' Community Forum I saw this post from a member "Tengku Hadi":

"I'm a Liverpool supporter and wonder what are Liverpool's chances tonight. Will they beat Real Madrid? This is 2nd match in  their quarter-final of Champions League, and it's Real Madrid that hold the advantage."

On the same day I post this my prediction:
As you are Liverpool fan they are represented with 1st house ruler Venus. Unfortunately, Venus is Combust and on last degree. Combustion of any Planet is the greatest misfortune that can be.   Venus is  on 29° which I often see as being the end of the road in cup competitions. So, I think Liverpool will not win tonight. 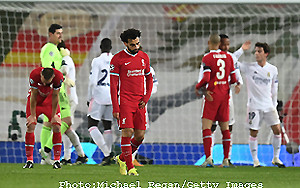 "Real Madrid eliminate Liverpool
Real Madrid knocked out Liverpool to reach the Champions League semifinals following a 0-0 draw at Anfield on Wednesday which gave them a 3-1 aggregate victory."

On 4. July 2020. in the Horary section of the Astrologers' Community Forum I saw this post from a member "cometwolf ":

"Can someone predict who will win this year the UEFA Champions League title?"

On the same day I left this my prediction:

In this type of question we look for the planet that first aspect Lord 10. Here, Lord 10 is Moon and its first aspect is with Mars in Aries. Aries represent England and Germany, and because Mars represent red colour I think Bayern, which nickname is "The Reds", will win the Champions League this year. 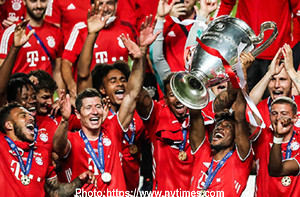 After that I left this my prediction:
Because you are  Barcelona fan,  they are represented by the ruler of the 1st house, the Moon. Opponents are represented by Saturn. Dignities are in Saturn favour. The Moon is peregrine and in Fateful Degree. We know: any planet or angle in the same degree as the Nodes points to a catastrophe, casualty, fatality or tragedy. So, I think Barcelona will not win the UEFA Champions League Title. 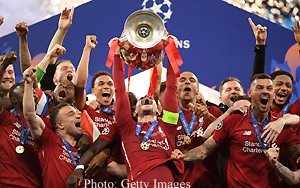 "Liverpool win the Champions League!
Liverpool beat Tottenham 2-0 in Madrid to lift their sixth European Cup. Liverpool have won the 2018-19 Champions League after Mohamed Salah and Divock Origi earned the Liverpool a 2-0 victory over Tottenham in Saturday night's Madrid final."

On 9. Dec. 2019. in the Horary section of the Astrologers' Community Forum I saw this post from a member "werdhr12":

On the same day I left this my prediction:

In this case, because you are not a Leicester City fan they are represented with 7th house ruler Mercury on the last degree. The 29th degree shows some misfortune connected with the matter. So, that would be No answer to your question. 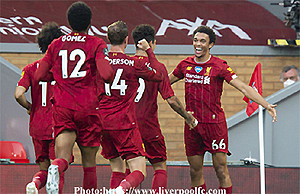 On the 26. June 2020. on the
https://www.liverpoolfc.com website you could read the following:

The Reds have clinched the crown for 2019-20 after Wednesday’s 4-0 victory over Crystal Palace at Anfield left Manchester City needing a win against Chelsea this evening. The 2-1 defeat for City at Stamford Bridge ensures Jürgen Klopp’s side cannot mathematically be caught in the table. It means Liverpool have secured the club’s 19th league title, ending a 30-year wait following their previous success in 1990!"

In the Egyptian Premier League Zamalek and Al Ahly will match on 22.08.2020 at 21:00.
Both teams are enjoying a good season so far and games like this could be decisive.
This is the Cairo Derby, a football match between two of the most successful clubs both in Egypt and Africa.
On 20. Aug. 2020. "meromero", the member of the Horary Astrology section of the Astrologers' Community forum, asked this question:

"Zamalek will meet Ahly club in next Saturday in Egyptian league. I am Zamalek fan, so will Zamalek win?"

After looking at the chart, I left this my prediction 1 day before the match:
As  you are Zamalek fan they are represented with ASC ruler, Mercury, which is in the House of Joy and dignities are in Zamalek favour. Mercury is in its own exaltation, so, it is especially strong! So, that means Zamalek will win! 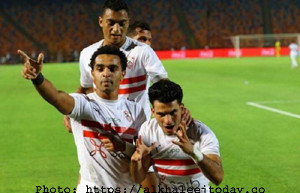 After the match at 22. Aug. 2020. on the https://alkhaleejtoday.co website you could read the following:

On 28. Nov. 2019. in the Horary section of the Astrologers' Community Forum I saw this post from a member "werdhr12":

"Can Liverpool  defend their UEFA Champions League title? I am a Liverpool fan. "

Because you are a Liverpool fan, Liverpool is represented by 1st house ruler,  Mars, some other team is represented by 7th house ruler, Venus. Venus antiscion is on 27Sag15, so, Moon (flow of events) will conjunct it and that means some other team will be the winner. (In this type of question it is important which ruler of these two (Mars or Venus) Moon first aspect and that signify winner!) 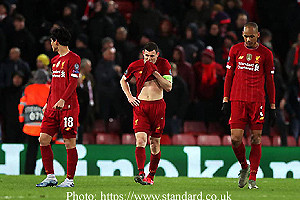 "Liverpool was eliminated from the UEFA Champions League on 11.March 2020. after Atletico Madrid claimed a 3-2 victory after extra-time in the second leg of their
last-16 tie to win 4-2 on aggregate."

England and South Africa will contest a Rugby World Cup Final on the 2.Nov.2019. for the second time in 12 years after both advanced to Saturday's Yokohama showpiece.
Now, South Africa will enter final looking to win their third World Cup, and first since defeating England in 2007. England will be playing for their second title, in their fourth World Cup final appearance in the nine total editions of the tournament.
On 29. Oct. 2019. in the Horary Astrology section of the Astrologers' Community forum I saw this post from a member "dbozics":

This is the event horary chart cast for the date, time and place where the match was to be held.

After looking at the chart, on the same day, I left this my prediction:
As South Africa will wear green kit they are  represented with DSC ruler Jupiter.
England, as  South Africa's opponent, is represented with  ASC ruler Mercury rx.
This chart has conflict testimonies! Dignities are in favour of the South Africa, that would be testimony that South Africa will win. Bat Moon has trine aspect with APOF and that would be testimony that England will win. But I think, because Jupiter is in own sign and own house that South Africa will win not England because Mercury is peregrine and retro. Typically, retrograde motion is a debility, so if a significator is retrograde than it's weakened and can't perform fully, so England is going to struggle to get anything done.

On 2. Nov. 2019. on the https://bleacherreport.com website you could read the following: 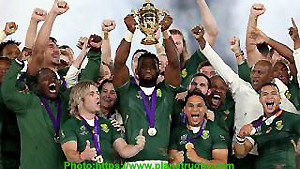 Two of international football's great rivals will renew hostilities when Brazil take on Argentina for a place in the final of the Copa America.
On 30. June 2019., "cometwolf" the member of the  Astrologers' Community Forum, in the horary section, asked this question:

He also said that Argentina will wear white&blue shirts.
Another member of this forum, "Kallinike",  post this event chart for the match!

On the same day I post this my prediction:
As Argentina will wear white&blue shirts, as "cometwolf" said,  then they are represented by DSC ruler Mercury (light color combination/mixed ). Brazil is represented with Jupiter rx.
Dignities are in Jupiter's/Brazil favour. The Moon has no important aspects (with 1st, 4th, 7th, 10th house ruler)  within next 5 degrees, so that is same as the Moon is VOC, which means favorite will win, and that is Brazil according to Betting Odds. 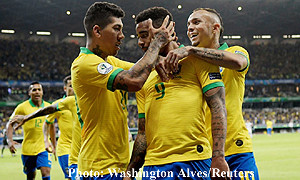 On 3. July. 2019. on the https://sportstar.thehindu.com website you could read the following:

AZ Alkmaar vs Partizan match is going to be held on 28-th November 2019. at Cars Jeans Stadion (Den Haag).
After the comfortable 5-0 win over Astana last time out, AZ Alkmaar are second in the group and four points above Partizan Belgrade. A draw at least  is enough for AZ Alkmaar to progress, but Partizan needs a win to progress.
As I am Partizan's fan, I ask the question:

After looking at the chart, I post this my prediction on the same day in the Horary Astrology section of the Astrodienst Forum:

As I am Partizan's fan, they are represented by ASC ruler Venus which is  in the last degree! The 29th degree shows some misfortune connected with the matter and often it is being the end of the road in cup competitions.
Next, dignities are in Mars favour and Mars is in House of Joy! So, I think Partizan will not win. 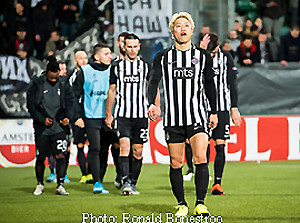 "Partizan has been one step away from placement at 5.  round of the Europa League, they led with 2:0, they had more players but then in 88. and 92.  received goals, and because of the final result 2:2 they lost their place in the next stage of the competition!"

On  19.  Feb.  2020.  my friend Ivan asked me: Do you have time to analyze the chart based on my question? My question is: Will Nenad Bjelica remain Dinamo coach until the end of 2020. year? The fans are slowly getting upset because Bjelica is important for Dinamo's results and he returned the audience to the stadium.  Interesting is his statement: "I plan to stay in Dinamo  next season if they need me". 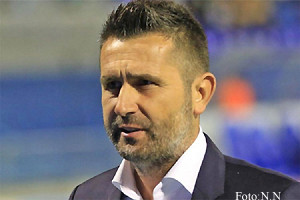 "Nenad Bjelica (48) is no longer the coach of Croatian champions Dinamo Zagreb after a marathon 3-hour meeting at the club’s Maksimir headquarters on Thursday."
Collapse